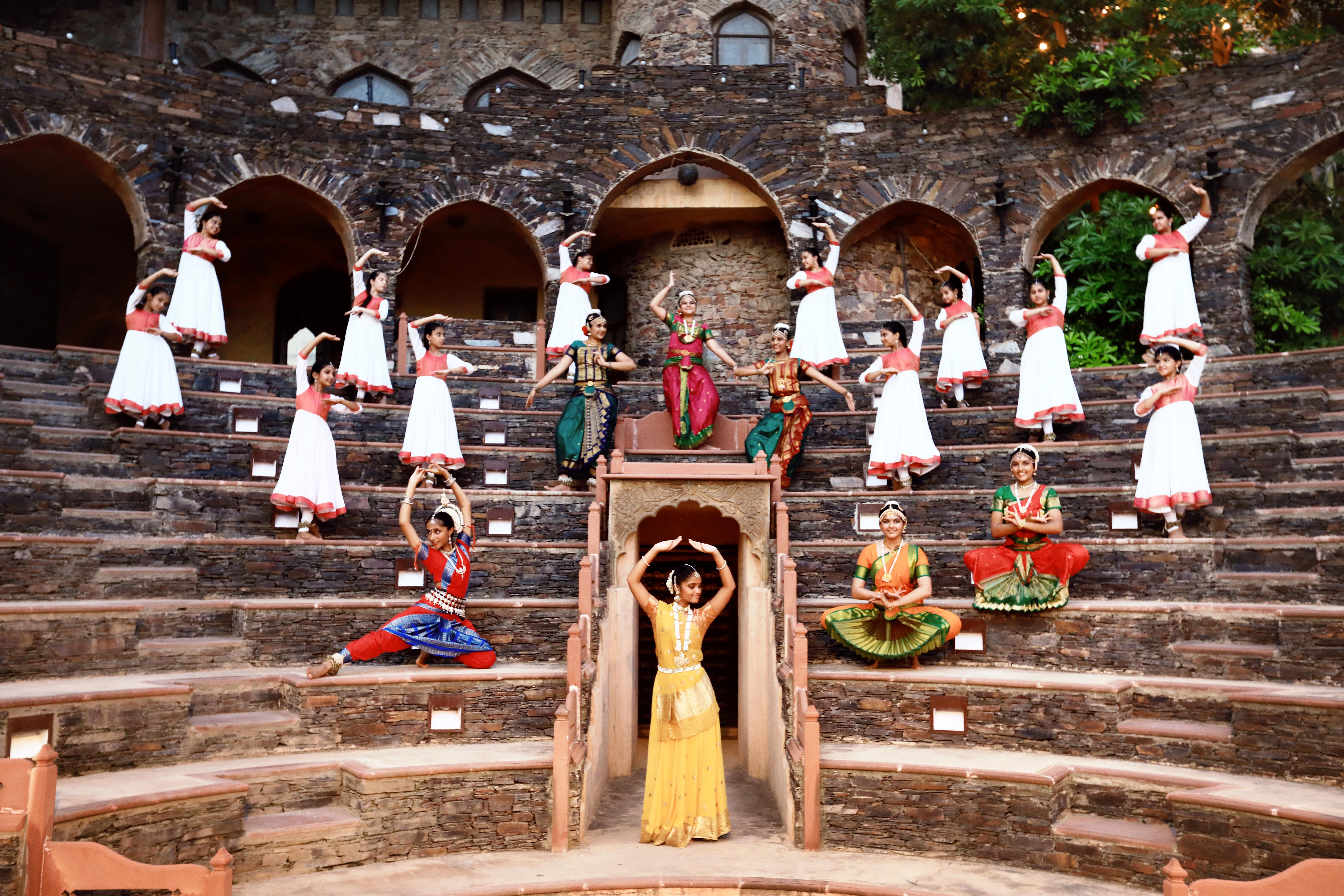 ‘Vande Mataram: A Dance Tribute’ is a musical documentary film that explores the beauty of Indian classical dance forms performed by young dancers aged 9 to 16 years. Shot in the ancient palaces of Rajasthan and thousand-year-old temples of Khajuraho in India, the film is set to a rivetingly fresh rendition of ‘Vande Mataram’ – India’s national song. The Sanskrit lyrics of the song are given form through the symbolism in the dances, making this piece a delightfully poetic tribute to the motherland through music, dance and visual aesthetics.

The film is visually conceptualised and directed by Swapna Maini. The music for the film is produced by Sai Ganesh Nagpal who is also the voice of this fresh rendition of Vande Mataram.

The film features a coming together of four of India’s classical dances- Bharatanatyam, Odissi, Kathak and Kuchipudi, beautifully performed by young dancers.

The music for the film is a meandering journey through the notes of Rag Des – bringing alive the traditional melody of India’s national song through a lively ensemble of vocals and instrumentation. The ‘river-like’ flow of the music was especially composed and arranged to suit the intricate nature of Indian Classical Dance.

Swapna Maini’s journey as a visual artist and art educator, along with her training in Kathak, an Indian Classical dance form, led her to the cinematic arts of photography and film, where she combines her love for the arts to create films that are poetry in motion.

Sai Ganesh Nagpal has travelled the world as a musician and educator, bringing the melodies and knowledge of India’s sacred music & spiritual heritage to people around the world through devotional music performances, workshops, talks and musical recordings. He has performed at prestigious auditoriums and cultural centers in India and overseas.